For more than 150 years, Trinity University – which relocated to San Antonio, Texas in 1942 – has turned challenges into opportunities to ensure the best and brightest students have access to a transformative education.

Trinity University pivoted to a split learning model with a small number of students in each classroom and the remainder off-campus or in the dorms. As they converted their classrooms to video conferencing, audio clarity was crucial.

“One of the most difficult parts of distance learning is the audio. It’s easy to pick up an instructor at one microphone, but when you have students in the classroom who need to participate too, you need a way to pick them up clearly as well.”

In-room speech reinforcement was made necessary by instructors wearing masks that muffled their voices. Echo is often a challenge for video conferencing. With multiple microphones in each classroom reacting differently based on their relative position to the speakers, each mic needed its own acoustic echo cancellation.

Last but not least, the solution needed to work seamlessly on the university’s IT infrastructure, which separates AV equipment from the main campus network on its own distinct AV network.

The low-profile footprint of the Xilica Solaro QR1 made it ideal for drop-ceiling installation in the space-sensitive project, while its modular nature enabled the exact features to be installed into the device to manage costs.

More than 60 classrooms now combine a dedicated Solaro QR1 DSP with multiple microphones and a single HD video camera. Ceiling-mounted analog array microphones are distributed within the room to capture student audio, with an additional unit up front for the instructor when speaking at the whiteboard. Wireless and podium microphones round out speech reinforcement. A USB interface card in the Solaro QR1 directly handles audio to and from the room’s video conferencing PC, avoiding issues such as ground loops that can occur when using analog audio from a computer.

Instructors can turn student microphones on and off as desired through Crestron and AMX control systems, which benefit from pre-built integration between the Solaro QR1 processors.

“The Xilica Solaro QR1 is a great fit for applications such as echo cancellation in classrooms with multiple mics. Its modular functionality gives the flexibility to create just about any system we want.”

Products used for this solution

Trinity University is a private university in San Antonio, Texas. Founded in 1869, its student body consists of about 2,300 undergraduate and 200 graduate students. Trinity offers 49 majors and 61 minors among six degree programs, and has an endowment of $1.28 billion. 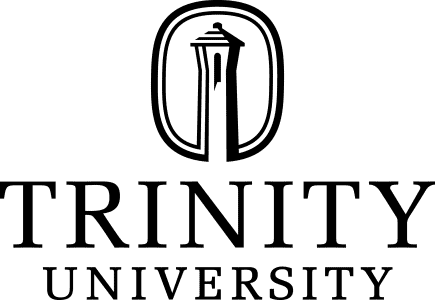 Xilica® creates collaboration products that help unlock the power of human connection. Built on decades of reimagining how people use technology, Xilica’s solutions bridge the distance between individuals, teams, ideas and organisations — unleashing the power of understanding to transform business and society for the better. Through our focus on the enterprise, education and government markets, Xilica and its partners touch the daily lives of people in more than 100 countries.

All trademarks are the property of their respective owners.